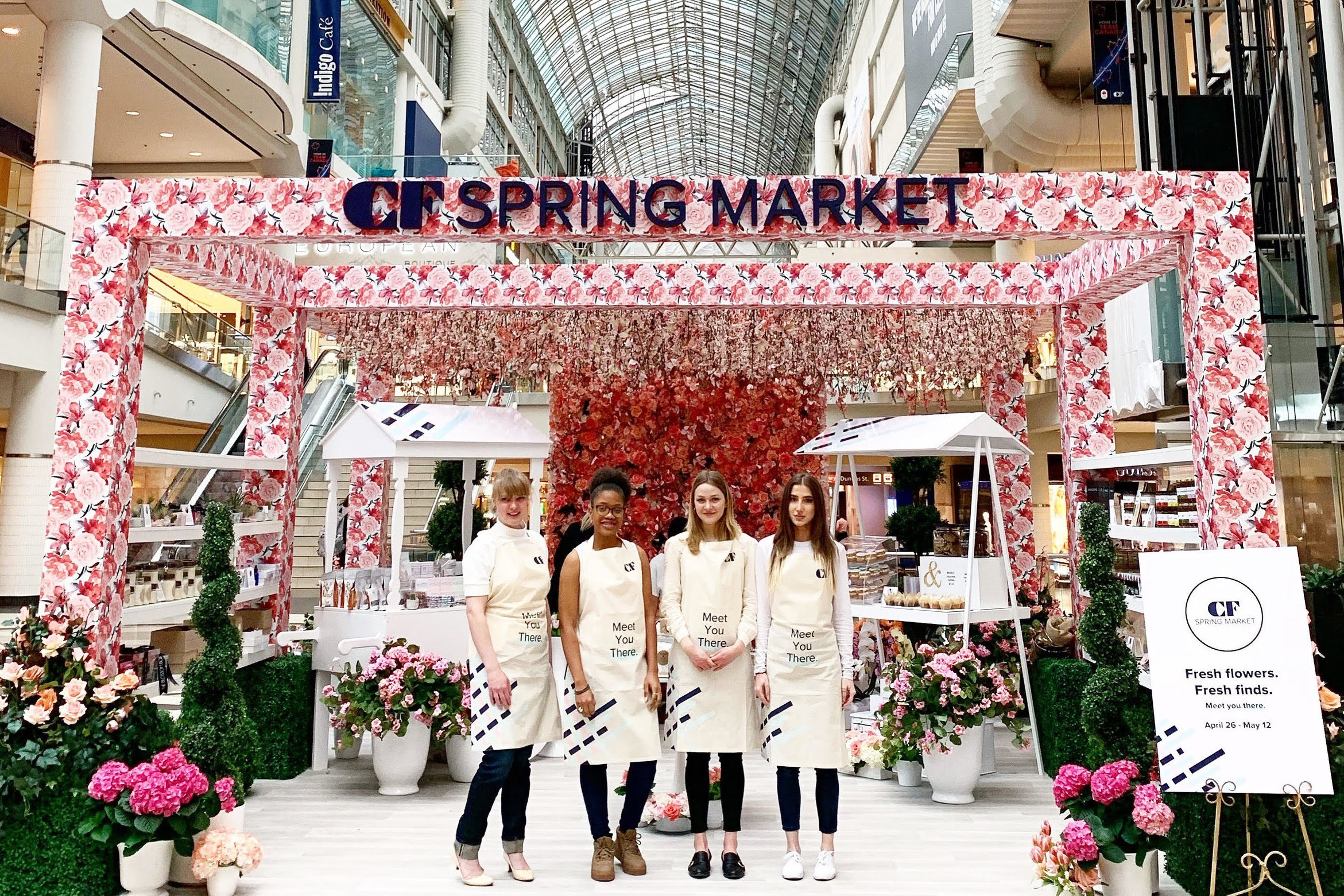 Unique Toronto-based retailer BRIKA, which initially launched in 2012 as a direct-to-consumer brand selling wares from various ‘makers’, has shifted its strategy to become a business-to-business operator in various commercial properties. The company has recently been working together with online gourmet food retailer foodiepages, to cover all categories from goods to food, to collaborate with landlords and brands on various temporary activations that are helping small brands across the general goods and food categories to be showcased to a wider audience, and to assist big brands in feeling “smaller” and more authentic.

Their goal, according to co-founder Jen Lee Koss, is to work with landlords and brands to create pop-up concepts for brands, many of which are direct-to-consumer while providing them distribution opportunities that they might not otherwise have. For a second summer in a row, for example, BRIKA and foodiepages partnered with landlord First Capital Realty on a pop-up concept at Toronto’s Yorkville Village called ‘UpMarket’, which sees up to 25 vendors occupy ‘the Laneway’ at the centre’s Yorkville Avenue entrance every Wednesday until the end of August. During the rest of the year, they have launched a number of different UpMarket “edits” themed for each season including Holiday, Valentine’s Day and Mother’s Day. 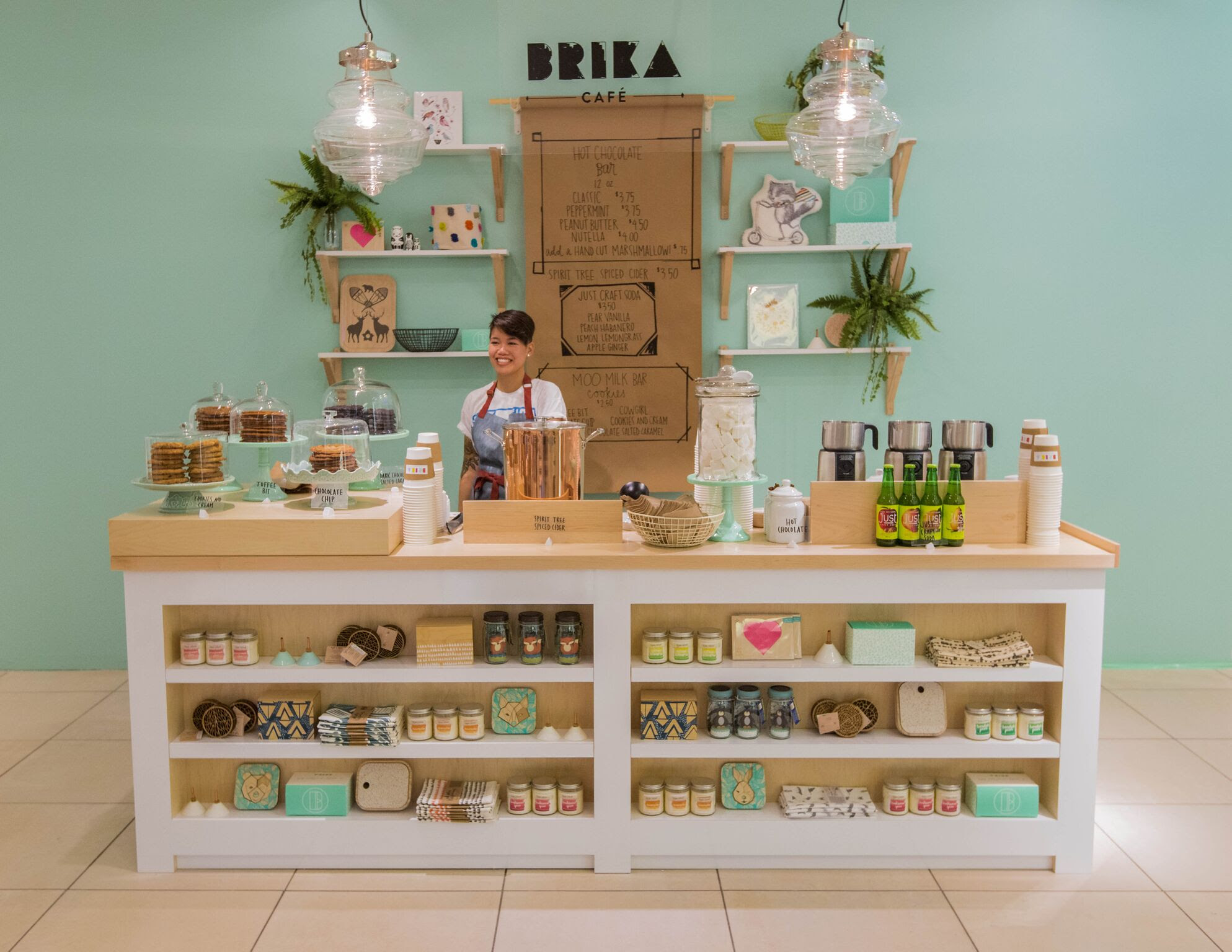 Ms. Koss noted that she has been working with Erin Maynes from foodiepages to secure independent vendors and new partnerships with developers, property groups and real estate brokers to reformat spaces and open up opportunities for pop-up retail experiences, she said. Collectively, they have been working with nearly all the major property developers and thousands of small businesses over the past few years, creating meaningful opportunities for these makers/brands/independents. It’s an opportunity to get brands offline and into the brick and mortar space as a turnkey solution, which is proving to be successful in Canada as well as internationally.

Last year, BRIKA and foodiepages partnered with landlord Oxford Properties at its Upper Canada Mall property in Newmarket, just north of Toronto, which launched Canada’s first mall-based multi-vendor food market called Market & Co in September. Their new concept called ‘First Batch’ is described as “a pop-up collective featuring pantry essentials, table and barware and unique hostess gifts, all crafted by more than 60 emerging and independent makers.” It is currently popped up at Square One Mall’s new Food District concept giving more than 65 independent brands a platform to be featured. 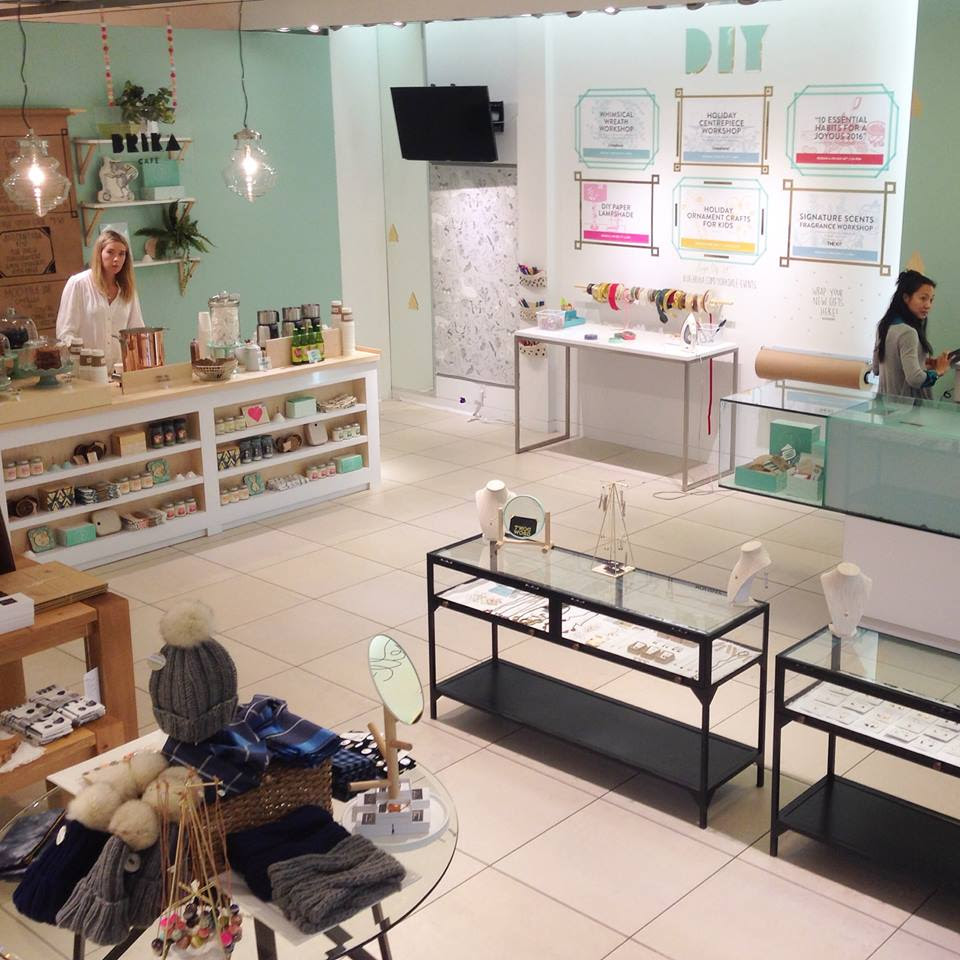 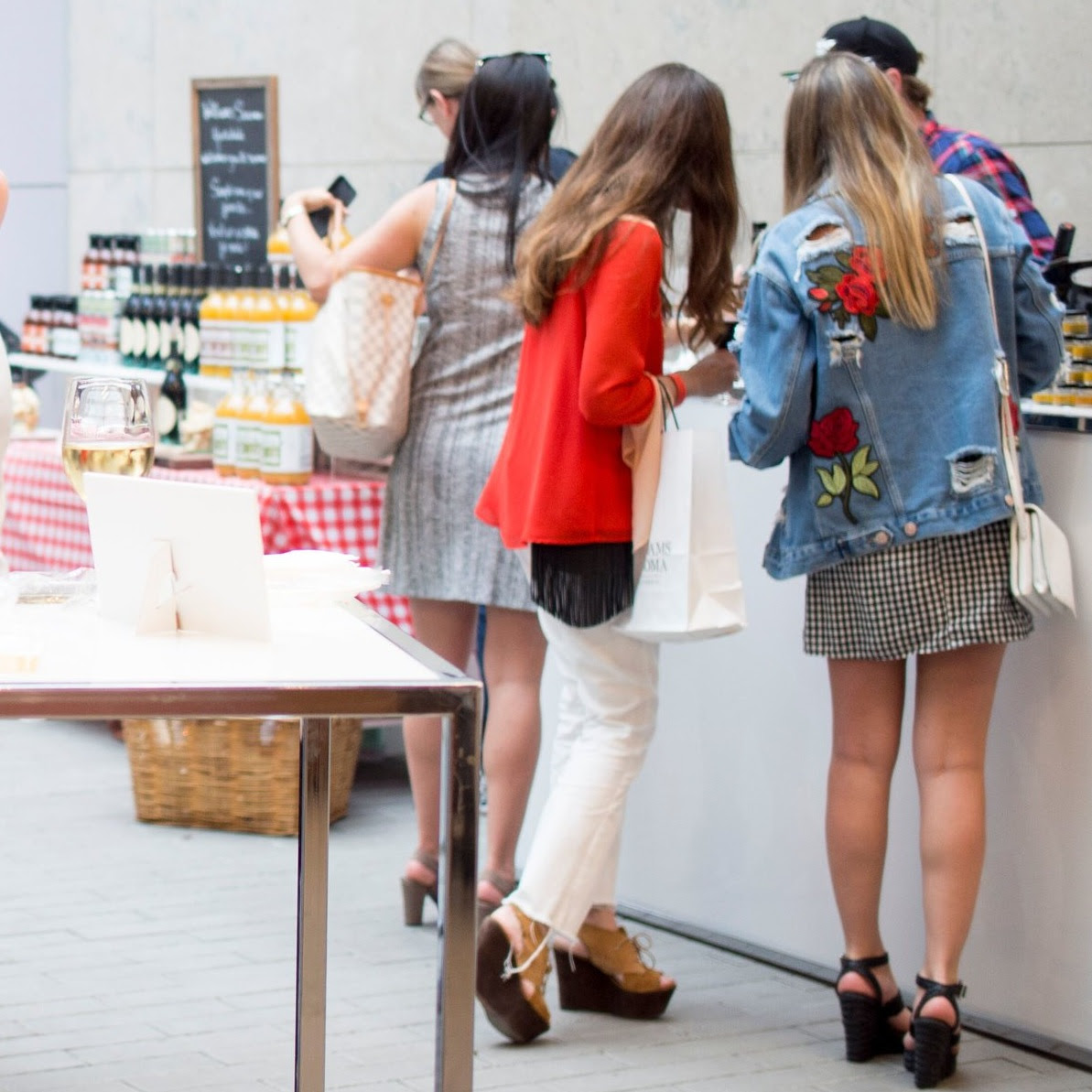 BRIKA plans to continue working with landlords and brands to create curated spaces for vendors seeking exposure who might not otherwise venture out on their own by opening a store.

Ms. Koss explained that BRIKA is now expanding outwards by working with landlords to create multi-vendor or singular vendor pop-ups at various properties. This past spring, they partnered with Cadillac Fairview to operate 20 curated retail shops across the country over 17 days for their CF Spring Market initiative. Nearly 150 vendors participated in these “local” artisan shops for Mother’s Day.

The company is in discussions with several other major developers, brands and retailers to do branded pop-ups – the company says that there is no shortage as to the demand. 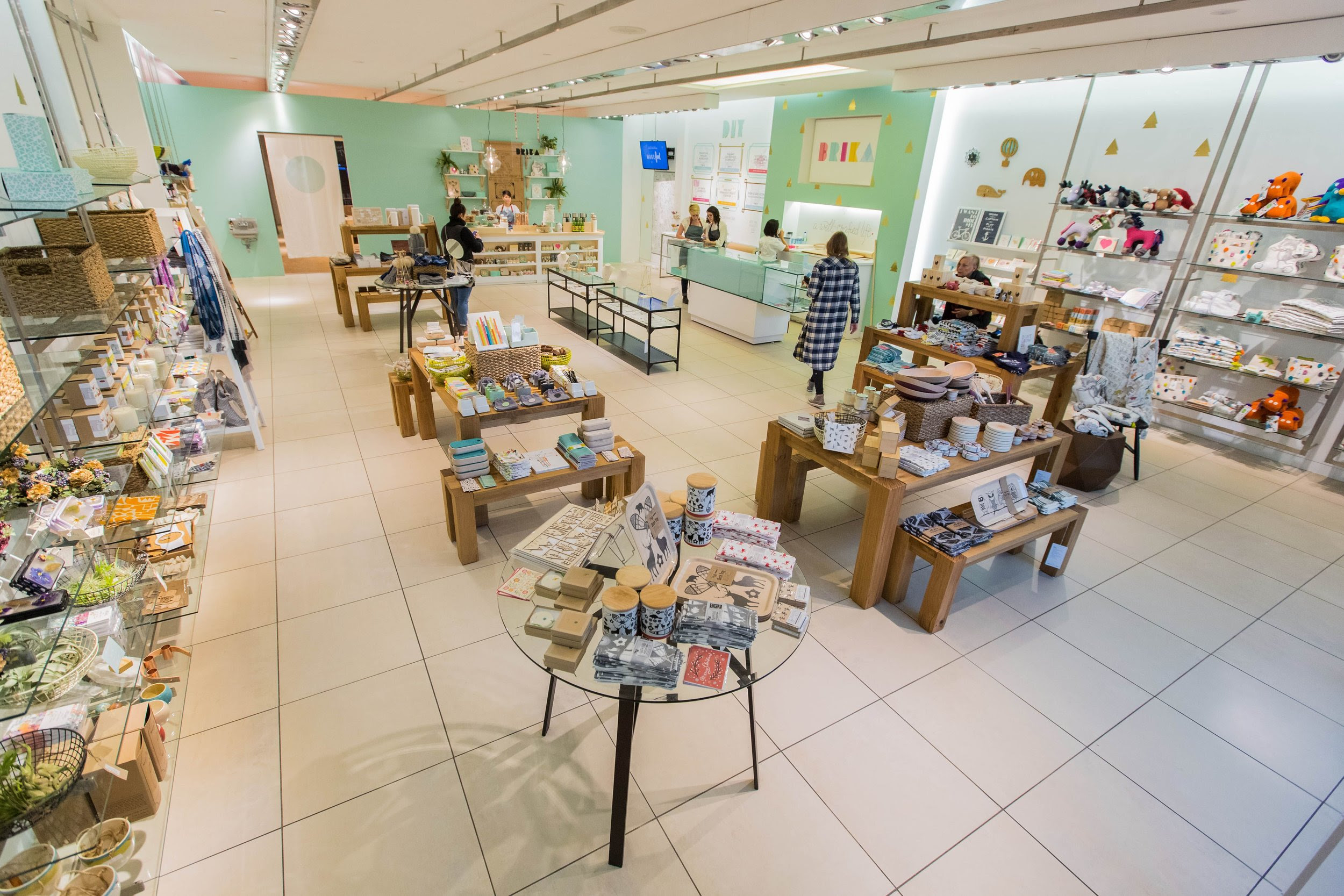 BRIKA has also deviated from the ‘artisan’ product mix last fall when they took over a retail space in Toronto’s affluent Summerhill area for a week to launch a pop-up space for Australian women’s fashion brand Scanlan Theodore which has 30 standalone stores across Australia. The pop-up was a huge success, according to Ms. Koss, and BRIKA has plans to do similar pop-ups with larger more established brands as opportunities present. Such pop-ups also allow brands to test the market and reach core customers in a different way.

In addition, they are working with brands including Maple Leaf Foods to create pop-up activations across Ontario in partnership with community outdoor movie nights.

“Toronto is a great place for brands to test out,” said Ms. Koss. She referred to the diversity of the city, which is also seeing remarkable growth as well as a cultural shift with an unprecedented influx of newcomers, many of whom are immigrants. 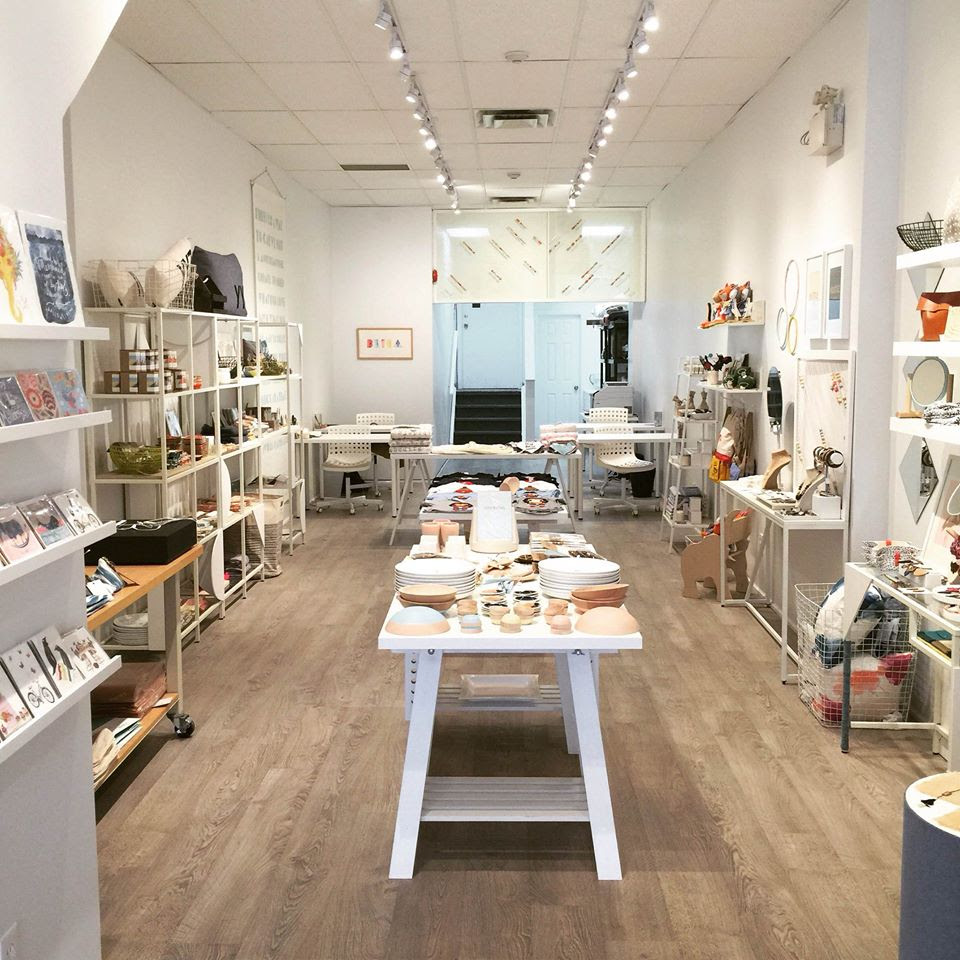 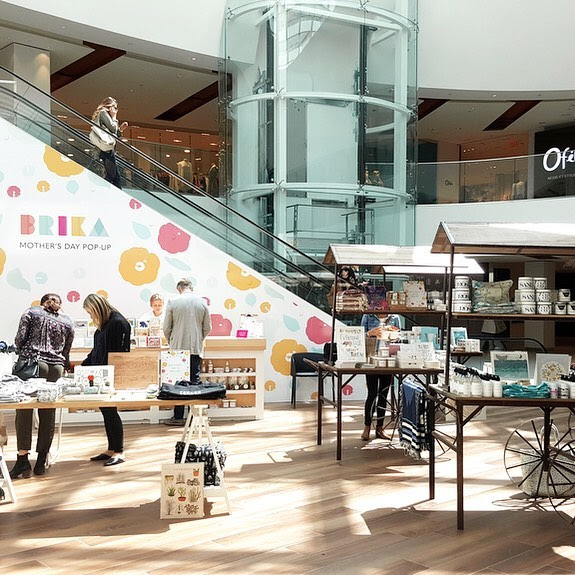 Ms. Koss said that she thinks the future of retail leases, in many respects, will be for shorter terms than the traditional five and 10 year deals common in most parts of Canada.

BRIKA was founded in 2012 as an online retailer by Ms. Koss, a Harvard MBA graduate and Kena Paranjape, a University of Toronto MBA graduate, former retail buyer and blogger. In 2013, the company opened its first brick-and-mortar store on the concourse level of Hudson’s Bay’s Toronto flagship, prior to opening its Queen Street stores. Seeing how brick-and-mortar locations complimented and augmented online sales, the founders opened a store at 642 Queen Street West in Toronto in the spring of 2015, followed by a second Leslieville location at 768 Queen Street East in the spring of 2016.

foodie pages was similarly founded in 2012 as an online marketplace for emerging independent food and drink brands by Erin Maynes, a graduate of the Queen’s School of Business. It has worked with and feature more than 1,000 small business owners in Canada. 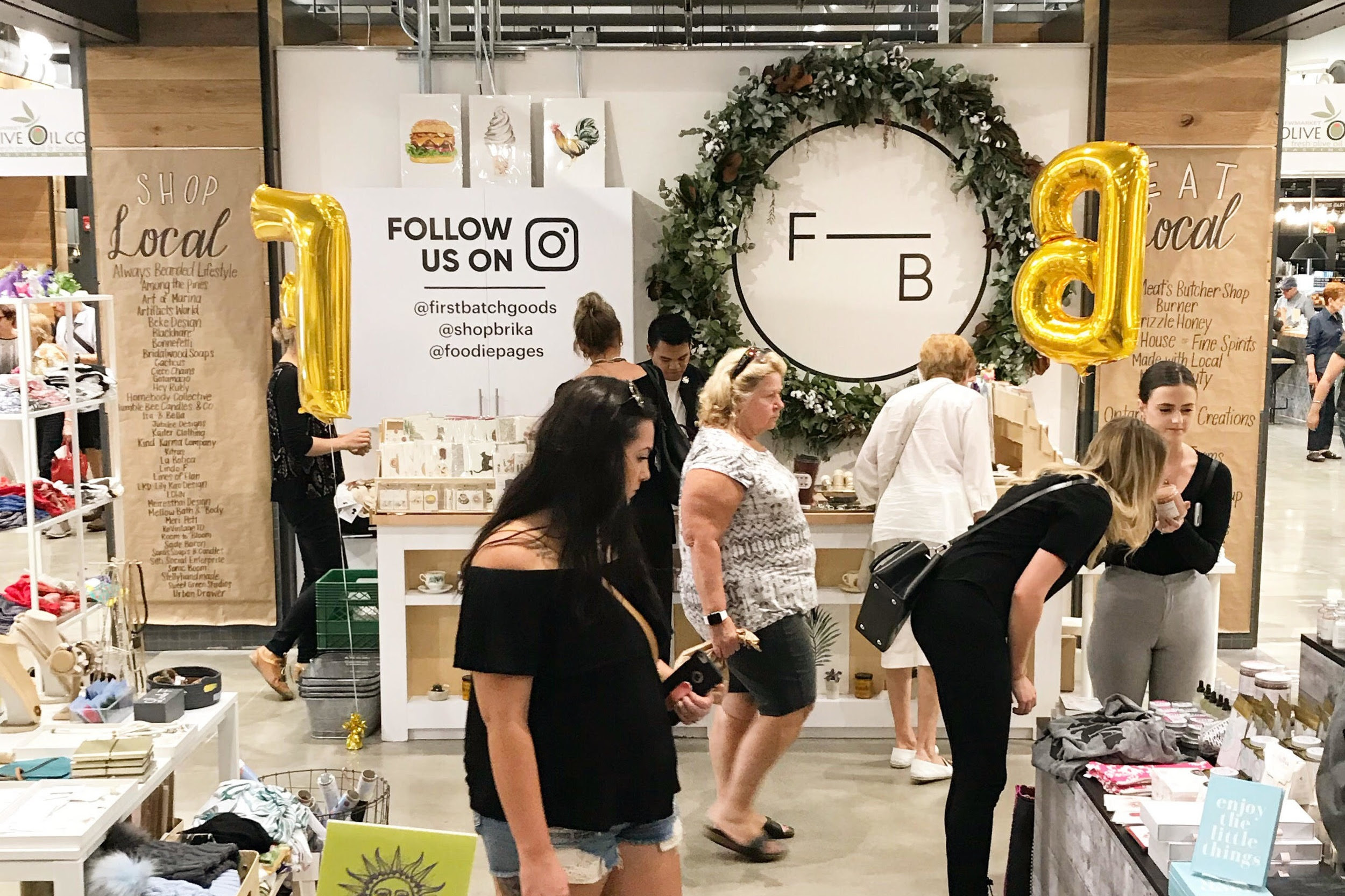 BRIKA’s initial target consumer was the busy women who wanted unique, hand-crafted products but didn’t have time to scour online sites such as Etsy. The name BRIKA comes from the Spanish word “Fabrica”, which means “Factory”. The company points out that there’s irony to its name, considering that products sold are neither generic nor mass-produced.

And while the strategy shift to business-to-business is a new direction for the companies, BRIKA has hosted multi-vendor concept shops with landlords in the past — In 2015, it launched a unique partnership with Oxford Properties to open a 3,000 square foot store at Toronto’s super-productive Yorkdale Shopping Centre for the winter Holiday Season. The store featured crafted products as well as a cafe and workshop at the back. The concept was a huge success and Oxford Properties has since launched its own permanent pop-up space called CONCEPT.

Ms. Koss says that BRIKA will continue to work with landlords and businesses to sell their wares, utilizing a dynamic retail model that is more temporary but highly turnkey in nature. Their focus is also on brands that are looking to get a toe-hold into Canada.

I TRIED A READY-MADE MEAL DELIVERY SERVICE THAT MAKES...
Next Story »

I TRIED DAILY HARVEST FOR A MONTH – HERE’S...
Like
BrandProject News UNIQUE RETAILER BRIKA REPOSITIONS AS A B2B OPERATOR